From sympathy for the French language that broke out during the school elective, to the opportunity to learn Russian. Helen Reynolds-Brown talks about her career as a UN interpreter.

“Working as a translator can seem like a bright, attractive career: I was recently in Bern, now I am in Lyon for a few days, then I fly to Geneva for four weeks. And, of course, sometimes it’s great. You work with interesting people from all over the world. But while I love my job, it can be too stressful at times. And half a day at Easyjet is a rather mundane pastime. 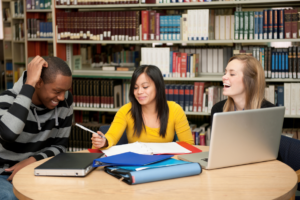 I had nowhere to inherit a talent for languages: I grew up in north London, neither of my parents was a linguist, we did not even go on popular hiking trips in France on the weekends. I was about 10 when I suddenly realized that I loved French. My teacher ran a language club after school. Then, when I was in my second year of high school and was already studying French, we were also offered to study German, Latin or Russian. I exhaled and … chose Russian, even though I had barely heard anything about the country itself.

I fell in love with Russian instantly. Recently I found my old school textbooks and notebooks, in which I saw many diligently (albeit clumsy) words in Cyrillic. It was a language-a mystery, even a kind of challenge, with a bunch of cases and declensions of nouns that were not learned the first time. However, I realized that if you master the main stumbling blocks, you will immediately see how the sentences begin to take shape before your very eyes.

I went abroad for the first time in 1995 as part of a school cultural exchange program. We went to Belarus. The trip was very emotional and exciting. Once the thought arose in my head: “Wow! There are so many interesting things here! ” Then I got A’s in the initial course in French and Russian, although I wasn’t fluent at all. A more honest assessment would be “satisfactory”. But four months in St. Petersburg as part of a year of foreign practice convinced me that the choice of the language path at the university was the right one. Those few months were a revelation for me: I was amazed at the mysteriousness of Russia. I could only lightly touch her culture. And I wanted to know more.

I got the highest mark in my French and Russian studies. But she really developed her skills only when, after graduation, she returned to Russia and began to teach English. I lived alone in an apartment, and when problems arose (and they arose inevitably), I had to call specialists to eliminate the cause. There were no other speakers of English nearby to turn to, so the “immersion” was complete. I needed to make Russian acquaintances, join that life and overcome the fear of speech errors. Nine months later, my Russian probably reached its climax. And when I returned home, I almost immediately saw an announcement that the UK Government Communications Center was looking for people with knowledge of the language.

It took six months of interviews, aptitude tests, and then security checks before I was accepted. My responsibilities included translation, census and decryption. You never dwell on this kind of intelligence work. I lived in Cheltenham, and if the interlocutor knew where I worked, he understood that there was no need to ask questions; so we talked about a hobby. The bottom line was that the material came in written or audio format, and you had to translate and rewrite. You isolate details that seem important, and then you connect with people who report information to the government. It was amazing – you had to learn a lot about the world. Knowledge of languages ​​comes in handy all day long: even if the material is not of value to intelligence, language skills are improved anyway.

I took a year to get my Master’s degree in Translation from the University of Bath, and then I took the UN Interpreting Test. It is well known that this is an incredibly difficult ordeal. I passed the first time, although I did not expect it. This meant that a completely different career opened up for me – working abroad in the framework of UN missions. I could not help but take the chance, so I went to Geneva to find out who I could be useful to there. 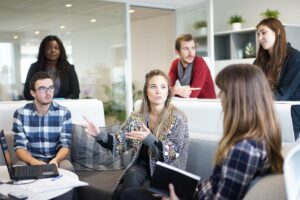 Few of us translate from Russian into English, and I also translate from French. Synchronists work in pairs – they translate for half an hour, then change. The work is always stressful and often stressful as the discussions relate to people’s lives, so it must be done correctly and clearly. The challenge is to be 100% accurate, but often literally it is impossible to translate, and then you pass thought after thought. When I don’t understand, I stop a little, look at the context and try to put together a big picture that would reveal the situation. There is no time to rest – I drink a lot of coffee.

There are quite a few tricks here: you may not receive the text of the speech in advance, or receive it 30 seconds before the start of the speech, or … right during the speech. People often speak very quickly. And the Russians are generally inclined to send someone from their delegation to see if the translation is proceeding as accurately as they want. The translator’s nerves are already at their limit – even without someone standing over his soul. But worst of all, when they stop you in the middle of the translation. Then you just have to repeat after them, even if the translation is awkward.

Fortunately, the job pays well. Also, I try to work 10 days a month. It is understandable that many of us do not start a family. But for my family, things are going well: I love the flexibility of freelance work, I love the vigor of the work, I love the fact that I can be at home and spend time with my daughter. I am never inclined to plan far ahead: thanks to my profession and language skills, I have visited Bali, Nairobi, Vienna, all over Europe, and soon, perhaps, I will go to Copenhagen and Moscow. You never know what will happen next. This is all the salt.

Helen Reynolds-Brown is a simultaneous interpreter from Russian and French, provides services for the UN and other international organizations.

How I became a UN translator